The annual meeting of Barclay’s Bank shareholders held last week, drew comment in the press. There was concern and dissatisfaction over executive remuneration. This follows similar expressions of concern by shareholders at Credit Suisse. A majority of shareholders of the insurance company Aviva, moreover, have voted against a remuneration report for senior executives. 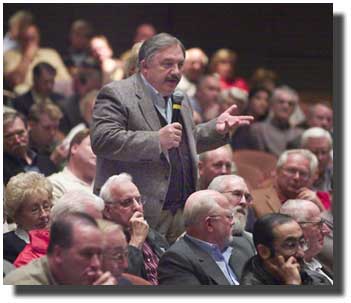 In all three cases the businesses have not experienced growth at levels predicted by analysts, and shareholders have seen dividends fall or stagnate. Meanwhile executive pay risen year upon year. According to an Aviva shareholder, quoted in The Guardian, profit has fallen by 16% over the last five years whilst total executive pay has increased by 90%. A Blog for All Seasons has had occasion before, in response to a call by some for salary capping, to suggest that senior executives must provide a rationale and justification for high levels of pay.

The three businesses mentioned are only the most notable of a small but increasing number of companies whose shareholders have expressed concern. It would appear senior executives are not able properly to justify ever-increasing pay. Shareholders are not reacting to populist and tabloid-incited resentment or to government pressure, but rather to economic reality and an evident lack of justice. Shareholders have invested in the establishment or development of companies trusting that those running the businesses will behave responsibly, thereby ensuring them in normal circumstances of a decent return on what they have put in.

Often in the past significant investors may have known one or more of those running the companies in question, so that trust was founded friendship. Now such personal relations rarely exist, but the rights and responsibilities of shareholders remain. It would seem, however, that over recent decades they have given the impression of being uninterested or in altogether too ‘cosy’ a relationship with senior management. That they have begun to express disquiet has, therefore, come as rather a surprise.

These shareholders are to be congratulated for demonstrating a sense of personal responsibility. Yes, of course, they have their own financial interests at heart, but that does not mean their concerns fail to reflect unease in society at large where many feel strongly that senior pay should not be divorced from current economic realities. Furthermore, these actions demonstrate that if there are appropriate structures in place  personal responsibility will probably flourish. That is always preferable to the heavy and impersonal hand of government legislation.