‘One Nation Under CCTV’ Or Welcome to the Dictatorship of Relativism

‘Modernity’, wrote Hegel, ‘is the secularisation of religion’. In many ways this is true of twentieth-century Europe during which we saw one responsibility after another pass from churches into the hands of government. Chief among these was, of course, the Welfare State, but education and moral authority followed not far behind. 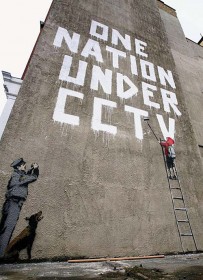 The last-mentioned is most worrying for it gives our legislators a role which they understand only very partially. Politicians have traditionally had experience in the economy or the legal profession, and came (more often in times gone by) from the ranks of the gentry and aristocracy. They are practical men and women, if interested in the lives of those they represent. It barely needs saying that they are not often great moral thinkers or philosophers capable of transcending the quotidian and mundane. While some lawyers may be aware of the subtleties of moral quandaries, when it came to so serious matter as undertaking war in Iraq our former Prime Minister (a barrister by training) thought it all right to give one reason for military involvement and then to admit later that it was not the reason at all.

Tony Blair’s controversial decision highlights the waning of the notion that the moral law must be acted upon always and everywhere. Even the very idea of morality is increasingly viewed with suspicion. Where the Peace of Augsberg held the religion of a country was to be determined by its prince — ‘cuius regio, eius religio’ –, it would seem that now each person is to determine his or her own morality. Morality supported by religious faith has, if we consider Britain as portrayed in its press, all but vanished.

The philosopher and prominent sceptic A.C. Grayling would seem to be happy with this: ‘You can see we no longer really believe in God, because of all the CCTV cameras keeping watch on us.’ It is odd that so prominent an atheist should say this, for it is almost an admission that religious faith is among the most effective props of moral conduct. The cant of sceptics in the nineteenth and twentieth centuries was that the morality of the Ten Commandments could be maintained without the Judeo-Christian tradition that supported them. Inevitably, each was thrown out, leaving us with only the proverbial ‘eleventh’ commandment: ‘Thou shalt not get caught’.

The Guardian is not generally considered alarmist on the subject of ‘Big Government’, but Naomi Wolf’s latest piece for it flags up very troubling developments in government surveillance. She writes: ‘The trade magazine… Homeland Security Newswire envisions endless profits for the surveillance industry, in a society where your TV is spying on you, a billboard you drive by recognises you… and the FBI knows where to find your tattoo – before you have committed any crime’.

This, surely, is the product of legislators burdened with a moral authority which they cannot command, and which they can back up only with intrusive surveillance and physical force. If morality has been completely secularised it is by no means a change for the better, and Pope Benedict was right to warn us of the ‘dictatorship of relativism’.