Colonialism and the Rich: Demonstrations of Bigotry and Virtue

Let us consider today matters that have received much press coverage recently, coverage manifesting a dearth of virtue among senior figures in media and government. While politicians are universally acknowledged to be only human, those with positions of great influence should be expected to act virtuously and to set an example to ordinary individuals. 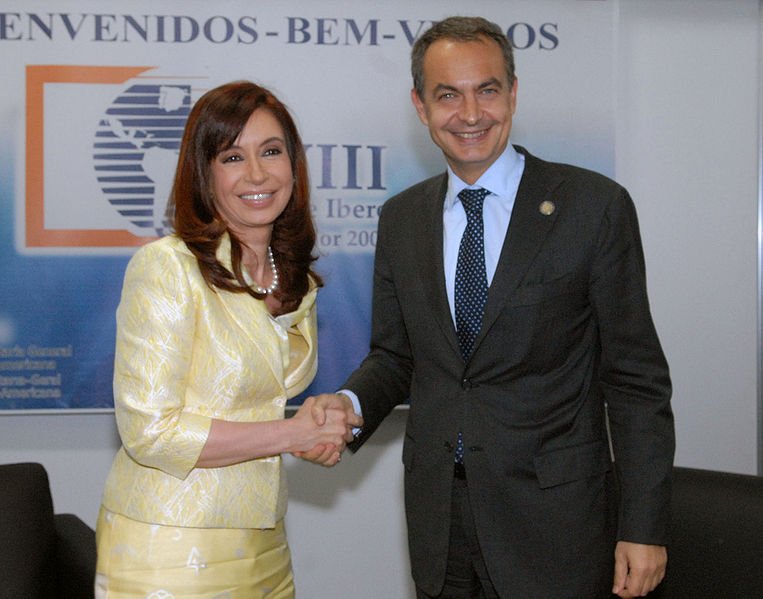 Last week the Argentinian government announced their intention to nationalise the oil producer YPF, currently owned by the Spanish company Repsol. The government has also nationalised an airline and private pension funds. The airline, Aerolineas, was also owned by a Spanish company. Arguments given are very like those made by the same government in  regard of the Falkland Islands: these are Argentinian companies and or resources that should not be in the ownership, or under control, of non-Argentines. Following announcement of the YPF nationalisation a government supporter, quoted in The Guardian (London), declared, ‘This ends five centuries of white Spanish domination’. The Kirchner administration seeks to present itself as fighting for Argentinian interests in opposition to ‘colonialist’ forces.

It is fashionable for politicians and media commentators to take up positions against the ‘rich’. The ‘rich’ are treated as if they were a homogenous group with traits and convictions that separate them from the general populace. Many commentators and politicians like to be seen fighting for the people against the greed and self-interest of the ‘rich’. High rates of income tax and so-called ‘mansion taxes’ are proposed as measures by which the ‘rich’ are to be rought under control, and punished.

It is concerning that public policy debate should come to rely upon popular anger and stereotyping, rather than upon ethically grounded and well-thought-out ideals. It is indeed right that society be concerned about corporate and individual greed, while great inequalities in wealth ought to be debated and discussed. It is also right that the ownership of certain resources be a matter of public debate. These issues, however, should be debated in civil terms wherein respect for individuals and their dignity are enshrined. The terms ‘bigot’ and ‘bigotry’ are often applied today to persons with whom the user disagrees, rather than to those intolerably tied to their own opinions or gut instincts. In order to provide a virtuous example, and to avoid one of bigotry, it is vital that due care and reflection be applied before igniting popular debate.