Towards a Moral Perspective in Mass Media

Contention: Since the inception of a truly ‘mass media’ secular liberals have used it to advance their views. In contemporary Britain the media is the most powerful single influence on shaping the moral climate. In creating a ‘new morality’ traditional Christian morality has been undermined and untold harm has been done to individuals and to society at large. 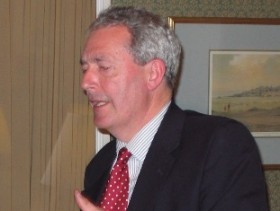 The development of a mass media in Britain can be easily charted. There was a mushroom growth of newspapers, in all parts of Britain, in the eighteenth century; though there were exceptions most were essentially parochial in both outlook and content and circulated in limited numbers in tightly defined geographical areas. It was not until the latter part of the nineteenth century – driven by technological advances like the invention of linotype – that a true mass media (in the sense of one which is available to, and used by, a majority of the population) took recognisable shape. By 1877 the Daily Telegraph was selling 240,000 copies and by 1899 the Daily Mail reached the 1,000,000 landmark.

The significance of mass–circulation newspapers was profound; for the first time in history huge numbers of individuals were simultaneously exposed to reports of contemporary events and new ideas and opinions. I do not wish to labour the point but the mass media was the midwife to modern society; one in which a national consciousness could take shape and a consumer society emerged. The consequences were highly significant – for the growth of modern nationalism for instance. The increasing power of the mass media greatly enhanced the role of journalists and media commentators began to make their influence felt. This was the age when a Times leader could move governments and also that of the first ‘agony aunts’ dispensing advice to the readers.

Radio was the next great innovation. In Britain it arrived in the years after World War I, and the British Broadcasting Corporation (BBC) as a public corporation opened for business on 1 January 1927; astonishingly by the end of the 1930s more than 90% of the British population had access to BBC broadcasts. In this period, under the guidance of its first Director–General, John (later Lord) Reith the BBC (a monopoly service) was cautious about using its power to create controversy; in its programming it was careful to adhere to socially conservative norms. Its programmes explored all areas of contemporary thinking, radical and conservative alike, but it eschewed promoting opinions which challenged traditional morality: Reith was himself a devout and committed Christian. In this period the BBC established itself as the voice of authority and a trusted guide and interpreter.

But by the middle of the century a revolution was underway at the BBC. A young, intellectually self-confident, generation came of age at the Corporation. They brought with them a set of social and moral values which marked a decisive break with the past and, in a few years had vanquished the socially conservative morality that had previously held sway. This did not happen by accident, nor was it, as is often argued, a case of the broadcasters merely reflecting changing values in society at large. To a large extent this revolution was engineered by a tiny group of influential people who spearheaded a social revolution quite deliberately.

This is not mere surmise; in a revealing short memoir published last year called Confessions of a Reformed BBC Producer1 Antony Jay explained how it was done.  Jay was no ordinary producer. He was one of a golden generation of BBC people who achieved prominence just as television was exerting maximum influence. In 1957 he was the founder-producer on the ground-breaking current affairs show Tonight (which used regularly to achieve an audience of 8 million plus). He then became the BBC’s Head of Talks, and later left the Corporation to pursue a successful freelance career, among other things co-writing the Yes Minister series.

It is worth quoting extensively from his Confessions because what he says brilliantly illuminates how it was that broadcasting, and television in particular, became such a profound agent of social change from the 1960s onwards. He gives this thumbnail sketch of his views and those of his contemporaries: ‘We were not just anti-Macmillan2; we were anti-industry, anti-capitalism, anti-profit, anti-patriotism, anti-monarchy, anti-Empire, anti-police, anti-armed forces, anti-bomb, anti-authority. Almost anything that made the world a freer, safer, more prosperous place, you name it, we were anti-it.’

He says his views were shared by counterparts in Fleet Street, publishing, the progressive wing of the Church of England and educationalists particularly in the universities. They opposed the conventional morality of the day which they viewed as ‘restrictive and authoritarian’. It was a time when it was ‘… shocking for an unmarried couple to sleep together and a disgrace to have a baby out of wedlock – it brought shame on the whole family. A homosexual act incurred a jail sentence. Divorcees would not be considered for the honours list or the Royal Enclosure at Ascot. Procuring an abortion was a criminal offence – a doctor would be struck off the register.’

Jay says he and his colleagues were generally apposed to established institutions and the attitudes they embodied; what is more they used their uniquely powerful position consciously to change attitudes: ‘… the topics we chose and the questions we asked were slanted against institutions and authority and towards oppressed individuals, just as we achieved political balance by pitting the most plausible critics of government against its most bigoted supporters’.

He asks the question how it is that this ‘minority media liberal subculture’ came to install itself as the principal interpreter of Britain’s institutions to the British public? The answer he gives is that he and his fellow BBC producers ‘… belonged to a dispersed “metropolitan-media-arts-graduate” tribe. We met over coffee and lunch, had a drink together at the end of the day’s work, and invited each other round to dinner in the evening to reinforce our views on the evils of apartheid, nuclear deterrence, capital punishment, the British Empire, big business, advertising, public relations, the Royal family, the defence budget… it’s a wonder we ever got home. We so rarely encountered any coherent opposing arguments that we took our group-think as the views of all right-thinking people.’

He says he and the others ‘… were not Marxists, but accepted a lot of Marxist social analysis’. He says the views to which they subscribed did not amount to a political philosophy, still less a political programme. Instead he says it was ‘… an ideology, a secular religion, based not on observation and deduction, but on faith and doctrine’. What is more, he says, this ‘media liberal ideology’ is today stronger than ever: ‘Today we see our old heresy becoming the new orthodoxy: media liberalism has now been adopted by the leaders of all three political parties, by the police, the courts and the churches. It is enshrined in law – in the Human Rights Act, in much Health and Safety legislation, in Equal Opportunities, in Employment Protections, in Race Relations and in a whole stream of edicts from Brussels’.

It seems to me that Sir Antony Jay’s revelations confirm what many have known all along: that the media, and the BBC in particular, laid the foundations of our ‘new morality’. Contemporary Britain – its attitudes and obsessions – is to a large extent the handiwork of the liberal media elite of whom he writes. Theirs has been an astonishingly successful enterprise which has subverted every aspect of the socially conservative morality that preceded it. In the past forty years every source of authority in Britain, save one, has suffered a loss of prestige and public acceptance. The exception is the media itself. A survey conducted by the social commentator Anthony Sampson for his book Who Runs This Place? The Anatomy of Britain in the 21st Century3 found that the media generally was the only institution which had risen in influence and public esteem in recent decades.

What we now face is a BBC (and a media more generally) where a doctrinaire, secular, materialist and liberal philosophy is firmly entrenched and everywhere ascendant. This philosophy is antithetical to Catholic teaching on most moral issues – abortion, divorce and euthanasia for example – though superficially consonant with it on areas like concern for the poor. The philosophy is constantly reinforced through the way in which the media works. The journalists – the great majority of whom share the same set of assumptions about the way society should be – select the issues they wish to highlight. The BBC in particular fulfils this crucial ‘gatekeeper’ role so that an ‘issue’ not viewed as interesting or sympathetic is not as ‘issue’ at all. It does not impinge on public consciousness or debate because it is overlooked and disregarded. Conversely arguments which are viewed sympathetically by the journalists have ‘traction’; viewed in this way the massive publicity given, for instance, to Professor Dawkins’ book, The God Delusion, is easily explained.

It is not just the journalists who ‘make the moral weather’; other parts of the media too have an enormous influence: soap operas and cultural output generally serve to normalise hitherto aberrant behaviours through constant ‘non-judgemental’ repetition. A recent survey found that 66% of the U.K. population has no contact with a church or organised religion. In contrast the mass media touches everyone. The media has come to fulfil the role of moral instructor and speaks with great self-confidence and authority on issues once the preserve of religion. Because the media tribe is ever prey to fashionable obsessions this has the curious side effect of elevating certain subjects – obesity, smoking and global warming spring to mind – into quasi-moral issues.

For the journalists themselves all this is great fun. Elevated to the role of moralising instructors they can allow their moral indignation full rein on those topics of most interest to them. What is more the public recognises them as moral arbiters and esteems them for it. But the guiding philosophy which underpins the media tribe’s group-think remains largely unrecognised and unexamined. This breeds uniformity, apathy and conformity in public debate about moral issues. It is extremely difficult to challenge the new orthodoxy – partly because it denies its own existence. And it silences even the most powerful. How striking, and how telling, it was that Tony Blair felt he could not publicly acknowledge his Catholicism until he had left office. Why so? Because he knew (his advisers would certainly have warned him) that to have done so would have opened him to further derision and contempt in the media. The Catholic Church and Catholic teaching is regarded with open hostility by many in the mainstream media.

The question is then, What is to be Done?  The first crucial step is to recognise things for what they truly are. The British media – particularly the BBC – is not value-neutral; it is not ‘impartial’. On the contrary it is highly ideological and motivated by a coherent, consistent philosophy which opposes Catholic teaching on nearly every important moral issue. Only by educating ourselves about the true nature of the media can we begin to challenge the new morality which is doing such profound damage to society at large.