The Thomas More Institute, the Research Group for Faith, Reason and Science (CRYF) at the University of Navarra, and the STOQ III Project of the Pontifical University of the Holy Cross in Rome organised a workshop in memory of Professor Mariano Artigas entitled “Metaphysics, Ontology and the Science-Religion Debate” which took place in London on 7-9 May 2009. 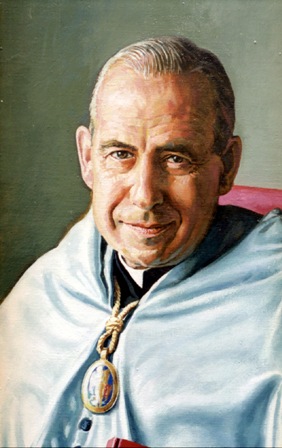 Study of the relationship of science and faith has revived dramatically in the last two decades, especially in the English-speaking world. After almost a century of positivistic hegemony, with its concomitant refusal of faith as an irrational act, religion is back in the academic arena. Scientists, historians, philosophers and theologians often engage in debates on the epistemological limitations and mutual interactions of their respective fields of study. Far too often, however, serious debates are overshadowed by the mass-produced popular and semi-popular literature on science and religion that fills bookshops, undergraduate courses and public conferences. The debate, furthermore, has become heavily loaded politically, and any defence whatsoever of religion is often seen as an attack on science. Religion—or, for that matter, religions—appear to have crept in via the back door during the so-called ‘science wars’.

But, is there room for religious faith only when science dissolves into one of many possible forms of social discourse? If that were the case, the religion thus rescued would have neither rational legitimisation nor metaphysical validity. On the other side of the spectrum, if both scientific and religious statements try to make absolute claims on all possible aspects of reality, conflict between them would seem almost inevitable.

The late Professor Mariano Artigas (1938-2006) strongly advocated a relationship between science and faith based on the power of reason. His realist philosophy, which included a moderate scientific realism and deep metaphysical claims, was the central tool with which he developed his serious work on the relationship between science and faith. Far from attempting to make religious claims from scientific theories, or to develop a new science that included theology, Artigas’s work underlined that the real gap between science and religion could be bridged via sound philosophical reflections on the epistemology and metaphysics of both science and religion.

The following were the main speakers at the workshop

And the following also contributed papers